„This does something to me!“ – German singer-songwriter Rob T. Strass keeps hearing this sentence since the release of his protest songs even by people who are moving outside the system critical spectrum.

The artist whose style can most likely be described as a blend of Folk, Progressive Rock and Indie made first an appearance with his widely unnoted 2020 debut album „The Awakening“. In the best manner of Artrock he crosses generic borders which are ranging from deep valleys of somber acoustic guitar playing to summits of ethereal Dream Pop. Lyrically the multiinstrumentalist is adressing polarities by setting the contrapoint between biographical experiences and the ravages of time, narrated from the perspective of an unchanging outsider.

Since 2021 – after the worldwide state of emergency due to the „Corona Crisis“ had already lasted one year – Rob T. Strass, shaken by despotism and the ongoing social alienation, attends to protest songs of freedom and abuse of power. By now, his Folk song „Pied Pipers“ and the related music video has been shared more than 100,000 times on the messenger service telegram all around the globe. Viewers reuploaded the video countless times on several platforms after Strass‘s YouTube channel had been shadowbanned.

Ruthlessly he displays a dystopic reality of a profoundly divided society, beastliest police violence and the decline of values in the „New Normal“.

„Pied Pipers“ is Rob‘s contribution to the sampler „Freedom of Sound“. 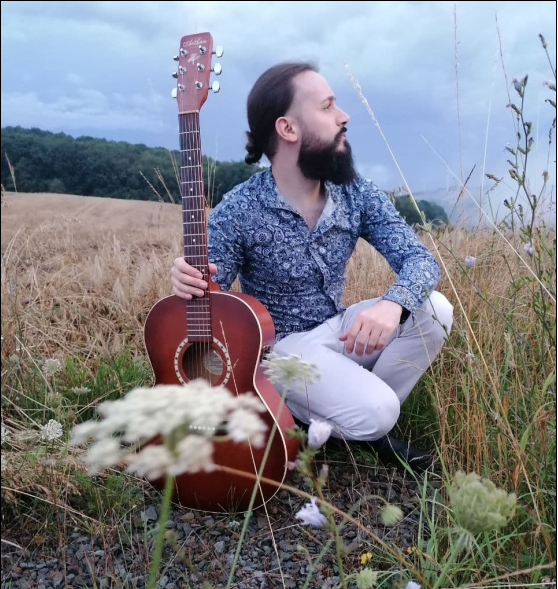